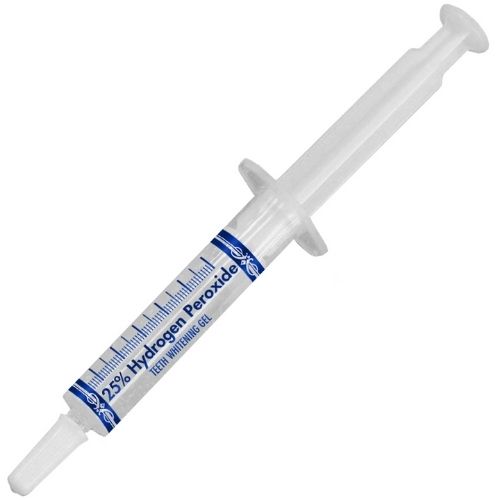 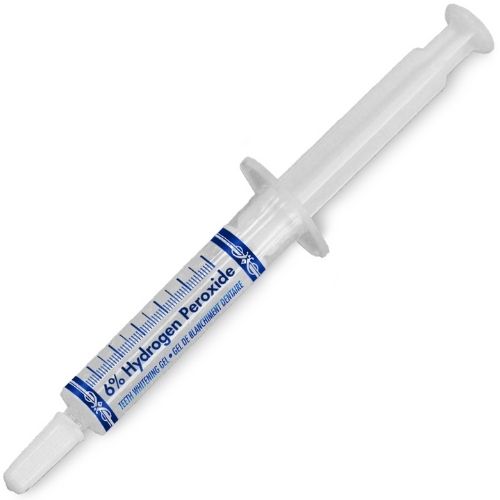 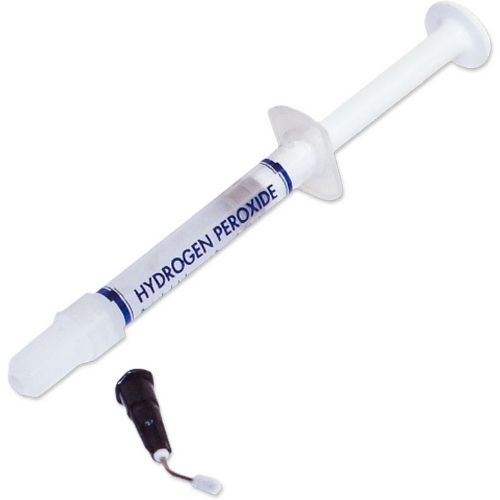 We recommend our paint-on method when using hydrogen peroxide gel because it is much too strong to use in mouth trays where it would get on the gums.

With the paint-on method, the gel is carefully applied directly to the teeth, avoiding the gums completely. Soft tissue is kept away from the teeth with the aid of a cheek retractor. The Advanced Whitening Kit is an example of a kit that utilizes this method. For home teeth whitening products, we recommend carbamide peroxide gel.

Beaming White stocks hydrogen peroxide gel in 6%, 16%, 25%, and 36%. We offer most concentrations in a single, pre-mixed syringe. 36% HP is available as a mixing system only. We can make any other concentration you need from 3 percent to 36 percent.

Our hydrogen peroxide bleaching gel is guaranteed to last at least 1 year in refrigeration and is made in the USA in our own production facility.

Note: Some countries, such as the European Union, limit the use of hydrogen peroxide in teeth whitening products. We developed two types of non-peroxide teeth whitening gel for use in such countries. 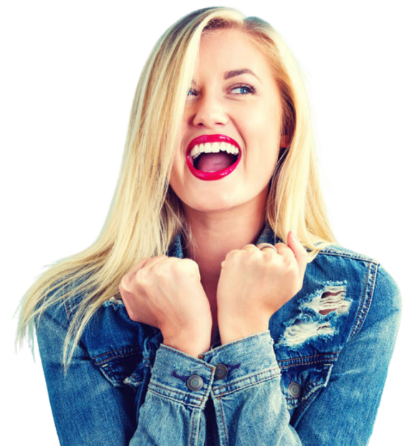